A mind-blowing collaborative artefact from the long-standing, prolific partnership between the seminal Japanese saxophonist Akira Sakata and the Italian pianist and composer Giovanni Di Domenico.
While most of Di Domenico’s recent releases have veered toward the electronic and electroacoustic realm, “And Life Also Same” – stretching across a full LP and a 7″ – refreshingly encounters him returning to his roots as an absolutely brilliant pianist. Recorded in May of 2018 at Studio 107, Radio France, both players are in top form, firing out complex arrangements and clusters of tonal interventions that collide in a stunning display of conversant artistry, ranging from restrained passages within which Sakata delivers beautiful primal vocalizations backed by the patterns of Di Domenico’s notes, to full on hard blow free jazz fire.

Born in 1945 and trained as a marine biologist, for decades Akira Sakata has stood at the forefront of Japanese jazz and improvisation, first emerging during the early ’70s as a member of the Yamashita Yosuke Trio, before venturing out as a solo performer, recording widely and collaborating with a vast number of distinguished players from the global scene.

Giovanni Di Domenico, currently based in Brussels, over the last two decades has emerged as a definitive voice, bridging improvised music and advanced forms of electroacoustic music, producing a discography of critically heralded solo efforts, and intimate collaborations with Jim O’Rourke, Tatsuhisa Yamamoto, Arve Henriksen, Alexandra Grimal, Nate Wooley, Chris Corsano, and others. His collaboration with Sakata began during the 2010s and has since produced nine releases with numerous configurations and line-ups. 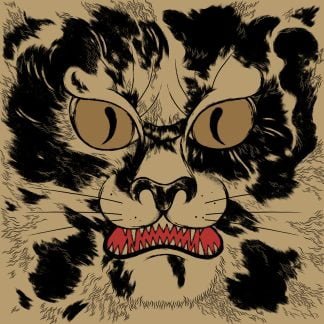