Past and present merge into mystery. Tension and calmness become energy.

CAIRO PRIMO is Alberto´s 3rd solo album and his comeback since 2014 ‘Fingers’ (Cassauna/Important rec); after several collaborations and releases along these years, Alberto emerges with his personal memories of the time spent in the Egyptian Metropolis.

Liner note by Hicham Chadly (Nashazphone records):
Alberto Boccardi’s story with Cairo has been all but silky. His not-so-romantic profession threw him in the arms of the humongous African metropolis where he managed to not pass unnoticeable. With multiple musical collaborations, he has also been the driving force behind the Canale Undici live series that – arguably – opened the way to house gigs in the city. During his time in Cairo, he crossed paths – at least in a hypothetical way – with Egypt’s dreary Football legend, Mahmoud “BIBO” Al-Khatib but that is another story. His stay in the country did
not however change his distaste for garlic.
CAIRO PRIMO stands as his meditative tribute to the City that never sleeps. Laid out over 9 tracks featuring his subtle sound signature, this Electro-Acoustic album full of delicate and accomplished compositions possesses many dimensions and depths that will surely demand more than one listen in order to fully digest it. Cairo per noi! 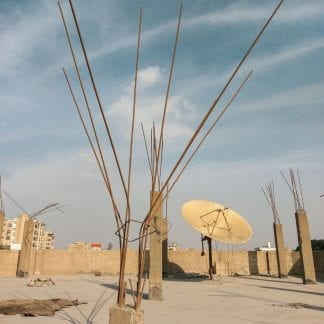 You're viewing: Alberto Boccardi / CAIRO PRIMO 18,00€
Add to cart
Manage Cookie Consent
To provide the best experiences, we use technologies like cookies to store and/or access device information. Consenting to these technologies will allow us to process data such as browsing behavior or unique IDs on this site. Not consenting or withdrawing consent, may adversely affect certain features and functions.
Manage options Manage services Manage vendors Read more about these purposes
View preferences
{title} {title} {title}