Alessandra Novaga – I should have been a gardener

Offering a visionary approach to the solo guitar, Milanese experimentalist Alessandra Novaga, delivers an expansive meditation on the late filmmaker, Derek Jarman, with “I Should Have Been a Gardener”, proudly presented by Die Schachtel.

Alessandra Novaga is among the leading figures within Italy’s thriving new, experimental, and improvised music scene, consistently rendering striking solo efforts, as well as equally noteworthy collaborating with Stefano Pilia, Paula Matthusen, Elliott Sharp, Sandro Mussida, Travis Just, and others. Remarkably ambitious and forward thinking, her approach to the guitar veers from the trajectories of visceral emotiveness and textural extended techniques that have held sway over the instruments applications within avant-garde contexts over the last half century, encountering her relentlessly deconstructing and rethinking its unique properties through applications of structure, resonance, space, and tone.

“I Should Have Been a Gardener” – building on from the territory explored within 2017’s “Fassbinder Wunderkammer” – is Novaga’s second LP to draw conceptually on her love for film. Rather than focusing on a fixed point of inspiration, the album takes form as a distillation, pulling from across the unique life, death, work, political commitment, and diaries of Derek Jarman. Emerging as an ethereal aural portrait of the man, sound – interventions of tonality with non-instrumental sources – and silence join in a single, unified body that seeks redemption and purification at the boundaries of life; an imprint that, like Jarman’s garden at Prospect Cottage, is magical – flowers blooming between the stones – hovering in the stark space between an endless sea and post-modern shadow of a nuclear power plant.

As remarkably listenable as it is challenging and pregnant with ideas, Novaga’s “I Should Have Been a Gardener” represents a strikingly at ease step forward in the potentialities of experimental music. Bravely taking on the ubiquitous expectations of the guitar, Novaga refused to relinquish the clarity of source and sound, forcing the ear to rethink what is accepted and known at every turn. An immersive journey from one of Italy’s most important contemporary voices, available from Die Schachtel in a very limited Edition of 200 copied on 180 gr. heavyweight, yellow vinyl, accompanied by an extensive, exploratory booklet. 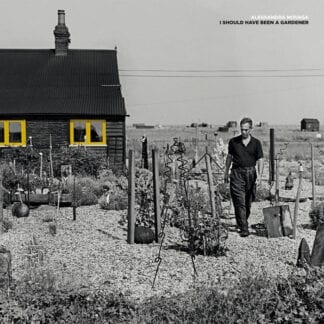