Over four years since the release of Earthbeat, Be Forest returns with news of their most ambitious and atmospheric album to date—Knocturne. Their third album and first offering since the sensational 2016 single “Glow”—the trio enlisted Steve Scanu to assist with production and mixing duties with mastering courtesy of Josh Bonati to help create the group’s most moody, beguiling and mesmerizing full-length to date. Presenting the debut of the album’s first single “Bengala”, the Pesaro three piece spins hazy dream keys and chords into a whirlpool of sensations that orbit like constellations of discovery and enlightenment.
The b/w video for Knocturne’s opener “Atto I” allows the audience to behold the grand curtain rising spectacle that bears witness to a specter-like vapor that materializes like a hybrid of smoke, steam and fog that invites the viewer/listener into the void. Be Forest shared the following about audio and visual for the album’s commencement: “We sit as the audience watching on stage what we really are and the abyss in which we need to learn how to swim in” Entertaining the allure and intrigues of evening inceptions; Be Forest’s new full-length album navigates the cryptic courses between worlds like the airy and inverted “Empty Space”, or the cinematic duality of doppelgangers on “Gemini”, to film-style scores inspired by Kafka-esque stories as heard on”K”. Sinewy subterranean soundtracks for film thrillers not yet made can be heard on”Sigrido”, that then returns the listening audience to the second and suspenseful movement of “Atto II”. Knocturne is a song cycle that commiserates with our own collective international uncertainty and unease of these current times, bringing breaks in the luster of night—like the fractured “Fragment”—with the shining beacons of aural light at the end of the
tunnel like “Bengala”, to the dream portrait closer “You, Nothing”.
Those seeking the tangible terrain and audio designed environments of Be Forest’s previous releases are in for a mind, spirit and emotional awakening as the band described in their own words; “It took us a long time to write, record, and finish this album, but it took us even longer to
understand its very soul. Unlike our other albums, here there’s no color or geographic place that we can reference: we aren’t in the woods in Norway [as found on the debut record Cold] or in a reservation around a bonfire [like on the second album Earthbeat].”

Product Year: 2019
Product Label: We Were Never Being Boring 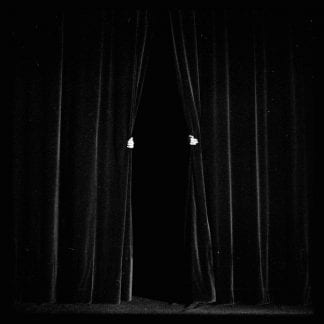