Soviet Asia explores the Soviet modernist architecture of Central Asia. Italian photographers Roberto Conte and Stefano Perego crossed the former Soviet republics of Kazakhstan, Kyrgyzstan, Uzbekistan and Tajikistan, documenting buildings constructed from the 1950s until the fall of the USSR. 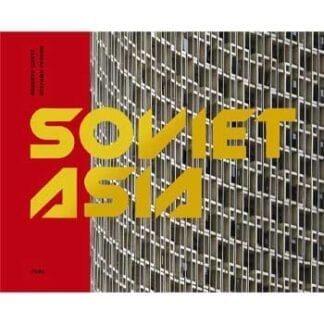 You're viewing: Ben Haggarty / Adam Brockbank – SOVIET ASIA: Soviet Modernist Architecture in Central Asia 27,00€
Add to cart
This website uses cookies to improve your experience. We'll assume you're ok with this, but you can opt-out if you wish.Accept Read More
Privacy & Cookies Policy