FOREVERANDEVERNOMORE is the 22nd solo studio album from Brian Eno and the first since January 2017’s Reflection. The 10-track album was recorded and produced by him at his studio in West London and sees Eno singing on the majority of tracks. It’s a sonically beguiling, ultimately optimistic exploration of the narrowing, precarious future of humanity and our planet. As Eno himself concludes, “Briefly, we need to fall in love again, but this time with Nature, with Civilisation and with our hopes for the future.”

‘Making Gardens Out of Silence in an Uncanny Valley’ was originally included in an audio installation which is Brian Eno’s contribution to the London Serpentine’s long-term, interdisciplinary programme addressing the ongoing climate emergency, Back To Earth. 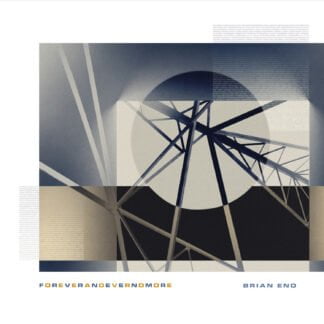 You're viewing: Brian Eno / FOREVERANDEVERNOMORE 30,00€
Add to cart
Manage Cookie Consent
To provide the best experiences, we use technologies like cookies to store and/or access device information. Consenting to these technologies will allow us to process data such as browsing behavior or unique IDs on this site. Not consenting or withdrawing consent, may adversely affect certain features and functions.
Manage options Manage services Manage vendors Read more about these purposes
View preferences
{title} {title} {title}