Colleen / THE TUNNEL AND THE CLEARING

Written in the midst of illness, relocation and the breakup of a long-term romantic partnership, “The Tunnel and the Clearing” is Cécile Schott’s most vulnerable album to date. After beginning her journey with the underrated, sample-based “Everyone Alive Wants Answers”, Schott then tried instruments and looping, eventually settling on sparse, haunting song forms on 2013’s “The Weighing of the Heart”, guided by the inclusion her own voice. On her last albums, Schott honed these songs into dub-influenced Arthur Russell-esque vignettes – “The Tunnel and the Clearing” continues this journey, but completely reconstructs her creative methodology.

After spending months in almost complete silence in treatment and then in lockdown, Schott developed a closer relationship with her music, understanding its expressive, emotional qualities in greater depth. So in writing this album, she decided to strip down her process to only use a handful of instruments: a Moog synthesizer, Yamaha organ, the Roland Space Echo and a vintage Elka drum machine. Schott wanted to harness a process that had inspired some of her favorite albums, where the artists would often grapple with limitations, squeezing additional creativity from their humble tools. And it pays off; the songs have a warm familiarity to them but sound more focused, more delicate and more emotionally raw than Schott’s previous records.

Tracks like ‘The Crossing’ and ‘Gazing at Taurus – Santa Eulalia’ remind of the charming late-nite electro pop of Les Disques du Crépuscule, while bubbling, melancholy drone experiments like ‘The Tunnel and Clearing’ and closer ‘Hidden in the Current’ hark back to the rough-hewn simplicity her earliest work. These tracks are elongated with an almost early electronic froth, but never lose the undulating pulse of Schott’s beloved dub. Fans of Broadcast and the Focus Group’s underrated collaboration or even Cluster and Eno at their most exposed should check without delay. 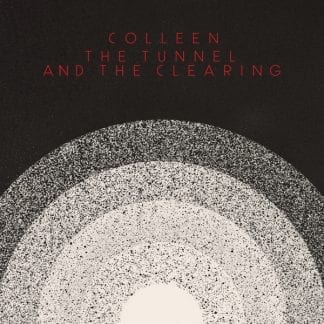