Between 2010 and 2012 a series of incredible records came out. We were in the middle of something that we will hardly forget. Distal by Crash of Rhinos is one of those jewels from that magical period. Written and played by a united, strong, determined band that has things to say and you can’t help but listen to it. Biff, Jim, Bealo, Oli and Draper are true friends. If at some point in your life you have listened to that kind of emo-hardcore with choirs, stalks, melodic guitars and drums played with calluses on your hands, you can’t ignore this masterpiece. We are talking about a big record. In the genre perhaps one of the most important released in the last 10 years.

THIS IS A PRE-ORDER. The record will be shipped as soon as it will be in stock, in a few weeks. 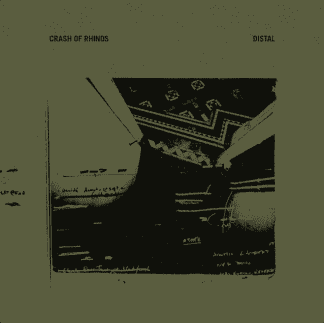