“Panthalassa” is the second official release of Davide Bartolomei, an artist/musician based in Bologna (Italy). Bartolomei has developped his personal language after a first period of noisey experimentations. In his musical output he tries to explore the hidden possibilities of the interaction between strings and circuits.

With “Remote”, a collaborative work with Emanuele Magni, he started to move in the realms of deep meditative music. His second effort goes further in this direction. It’s a 40 minutes-long composition divided in two movements, I & II. Guitar is the main source of sound and it becomes almost unrecognizable due to the massive sonic treatment of analog effects: dream-like reverberations, delays and endless loops are bent into an highly hypnotic continous flux. Circular patterns of long delicate drones are slowly overdriven and prelude to a more rhythmic guitar work that evolves since the beginning of the second part. Ethereal and liquid vibrations slip, back and forth, melting into an ocean of shifting multylayered sounds.
“Panthalssa” could be seen as a voyage into the depths of the ancient ocean that surrounded the unified lands, a dive in the cosmic womb at the beggining of time.

The manifacture of this album’s cassettes has been the first official external commission for Dromoscope Studio, as it took care of the tape’s mastering and dubbing. The particular technique used for the production of this cassettes has been developed by Daniele De Santis in the frame of Dromoscope’s Antidigital Series production. After some years spent in learning about tape mastering and how to recondition some old professional tape recorders from DDR’ 70ies, the technique has come to life combining modern digital mastering methods with the old warm sound provided by the devices. Just like for the AA Series, every copy has been created at 1x as a master itself rather than duplicating, and providing a very uncommon result in terms of loudness and fidelity of the audio data. 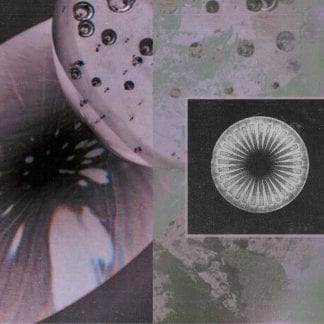