Put simply, this is the DESCENDENTS’ earliest material, representing a “lost” pre-MGTC album. Most of these songs have not been heard—until now. Formed in L.A.’s South Bay in 1978, DESCENDENTS began as a power trio featuring bassist Tony Lombardo, drummer Bill Stevenson, and guitarist Frank Navetta (d. 2008).
The band recruited vocalist Milo Aukerman in 1980 and began establishing themselves as major players in the Southern California Punk movement. Over the years, the band has sustained a potent chemistry and shared vision, further cementing them as punk legends.
In 2002, the original four-piece lineup — Frank Navetta, Tony Lombardo, Bill Stevenson, and Milo Aukerman — got back into the studio to finally record their first-ever songs.
The songs were written by the band from 1977 through 1980, before recording the Fat EP (1981) and the Milo Goes to College LP (1982). 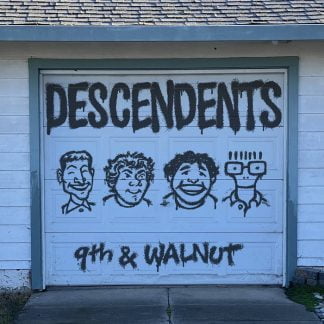 You're viewing: Descendents ‎/ 9TH & WALNUT 24,00€
Add to cart
Manage Cookie Consent
To provide the best experiences, we use technologies like cookies to store and/or access device information. Consenting to these technologies will allow us to process data such as browsing behavior or unique IDs on this site. Not consenting or withdrawing consent, may adversely affect certain features and functions.
Manage options Manage services Manage vendors Read more about these purposes
View preferences
{title} {title} {title}