Three italian musicians, after taking the never ending bus route from Bologna, settle in a cheap hotel close to the seafront. They sleep in one room, and set up their recording equipment in the next one. Until about one month earlier, Emidio Clementi was the singer and bass player of Massimo Volume, one of the best and most original bands in the history of italian music. Their four albums of angular post-hardcore/art-rock sounds, with spoken storytelling/poetic lyrics by Clementi, opened an uncharted path in the nation’s underground rock. But they had just broke up. Massimo Carozzi would go on to release music on labels such as Yerevan Tapes, Eclipsemusic, Second Sleep, Random Numbers, Cold Tear and Subself, solo or as a member of dub techno duo Weight And Treble. He is also a founding member of artistic collective ZimmerFrei, and has worked for radio, cinema, theatre and dance. But at the time, he’s Massimo Volume’s former tour manager and he makes music for Clementi’s readings, and his career as sound artist and electronic producer is just starting. Dario Parisini played guitar in Massimo Volume’s final line-up, and has been both a movie actor of some fame and a founding member of controversial punk/crossover band Disciplinatha, active between 1987 and 1997. 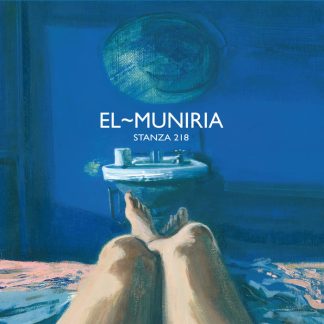 You're viewing: El Muniria / STANZA 218 25,00€ – 28,00€
Select options
Manage Cookie Consent
To provide the best experiences, we use technologies like cookies to store and/or access device information. Consenting to these technologies will allow us to process data such as browsing behavior or unique IDs on this site. Not consenting or withdrawing consent, may adversely affect certain features and functions.
Manage options Manage services Manage vendors Read more about these purposes
View preferences
{title} {title} {title}