“A Casual Assembly: Music for Synthesizer, Trumpet and Bass”

Right on the heels of their Ahead Of Two Thoughts LP released earlier this year, A Casual Assembly is the latest offering from Melbourne’s EXEK. The EP coalesces around a stirring theme for synthesizer, trumpet and bass, bringing together reference points to Laurie Spiegel, Jah Wobble and The Velvet Underground’s “The Gift.”

Frontman Albert Wolski’s disembodied narration – at times reminiscent of Samuel Beckett or Robert Ashley – unfolds over a series of dark vignettes set in a dystopian near-future. Autotune has been banned, secret police patrol the redoubts of the wealthy, and world beaches have been cleared of their sand for the construction of enormous urban prisons. As these events turn more fraught and absurd, Wolski reveals just how much is gained through EXEK’s stripped-down arrangements and dreamlike tones.

A Casual Assembly echoes like the lost soundtrack to a Kubrick or Jarman film. Recommended for fans of Normil Hawaiians, Jenny Hval and Harmonia. 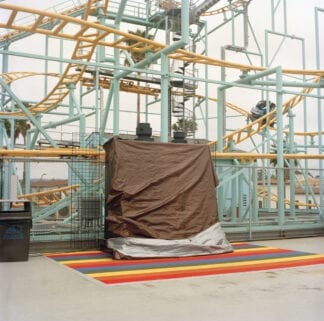