Originally commissioned by Muji in 1984, the tape tracks were uploaded by user dennisnorthey in January 2017. Within two years since the upload, more than 1600 comments have been posted by users—quite a number considering the limited YouTube niche busy with rediscovering some of the forgotten records of the 70s and 80s ambient and minimalist music—attempting to describe Hosono’s music with a generous and confessional attitude. This body of texts is a genuine performance of collective writing rooted in the sense of nostalgia, awkwardness, creepiness, childhood memories, depression and self-analysis happened in an interstice of the internet. 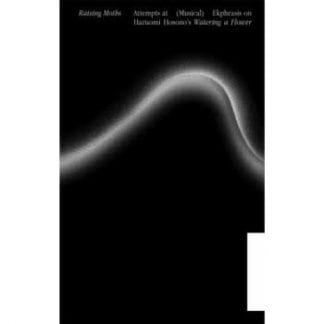 You're viewing: Federico Antonini, Sergio Savini / RAISING MOTHS. ATTEMPTS AT (MUSICAL) EKPHRASIS ON HARUOMI HOSONO’S WATERING A FLOWER 14,00€
Add to cart
This website uses cookies to improve your experience. We'll assume you're ok with this, but you can opt-out if you wish.Accept Read More
Privacy & Cookies Policy