Catastrofe Ultravioletta is a theoretical absurdity that predicted the limits of classic models of physics and reality, paving the way for the contemporary understanding of the universe. Under classical theories, it is possible to imagine a body absorbing every radiation (i.e. black body) causing all the matter in the universe to radiate all its energy at once.

After emerging on the scene with his stunning debut ‘Stupidamutaforma’, Fera aka composer/illustrator Andrea De Franco is back with ‘Catastrofe Ultravioletta’ a new short audio voyage. Like an obsolete system in dire need of update, the techno elements of Fera have been stripped, segmented, distilled and revised into the two loops of Catastrofe Ultravioletta. After a year of isolation, fearful house parties and window staring, the 4/4 kicks have become a slow, crooked, fluttering signal. Hi-hats agitate like far-away alarms. Snares… who even remembers snares, moshing, sweating? Walking is the new partying, and a large loop of meditative psychogeography, endlessly revolving around the outskirts of northern Bologna (the once militant Bolognina district) provided the strongest source of inspiration for C.U., with its mixture of frail humanity, repetition, industrial wrecks colliding against the resisting, moisturized viral environment that flourishes around the city end. The chords and harmonies stop moving and freeze in a droning loop, sweating in static, one step after another until nothing changes anymore. 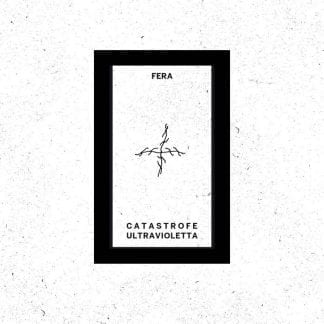