There are moments of absolute brilliance spread across this long awaited 17 track album, and its those tracks that refuse to settle comfortably into any recognisable genre that give credence to the assertion that Steven Ellison is one of the most gifted and interesting producers operating in hip hop at the tail end of the noughties. Of course this guy has been hyped to death in recent months – his tantalising family connections (his great-aunt is the late Alice Coltrane), his much sought-after interlude music for the Adult Swim TV network, and his position at the forefront of what has been termed Wonky hip hop (alongside the likes of Rustie, Hudson Mohawke, Debruit and the like), but you just can’t argue with a man who makes use of such varied source material, assembled into such a beautifully messy, percussively coherent package. Flying lotus joins the dots between the lo-slung loop edits of J Dilla, the low-end ruffage of some of the most interesting dubstep/2-step producers, and the de-tuned, frayed sounds of old pirate radio cassettes that are so worn out they’re starting to lose pitch. At it’s best, the album marries an aesthetically open mind with ridiculously impressive production savvy, with tracks like “Riot” mounting a cacophonous blur of bass rubs, transmission signals, and clipped instrument loops with a rugged, dusty alignment of digital rhythms and Casio beats. “Gng Bng” introduces a sound system vibe that flits from sharp and loose drum edits to bhngra style reduction, complete with those mighty Dilla/Madlib style thumb cymbals that we are just utterly unable to resist. “Orbit 405” gives Flylo a platform for soundscaping, producing a short analogue tape malfunction that’s one part Radiophonic Workshop and one part Philip Jeck, while the album ends on “Auntie’s Lock”, a vocally fronted piece featuring Laura Darlington doused in sombre tones and crisp production. If any criticism at all can be levelled at “Los Angeles” is that it just doesn’t quite match the level of expectation set by his opening effort for Warp – the mighty “Reset” EP. Nothing here touches the ageless and, indeed, wonky R&B reduction of that EP’s opening track “Tea Leaf Dancers” – surely one of the finest 21st Century soul tracks recorded. But, all said, “Los Angeles” is still one of the most impressive and repeatable beat albums of the year – and without doubt one of the best things the Warp label have given us in some time. Essential Purchase. 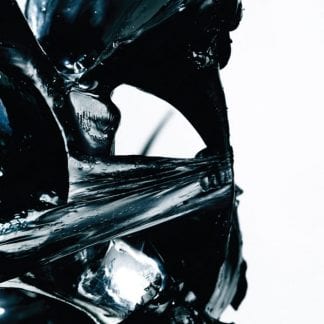