Helen Money stands as one of the most unique and versatile cellists working today. Composer Alison Chesley uses the instrument to access and channel the extremities of human emotion, employing extensive sonic manipulation and an array of plucking and bowing techniques to summon an astonishing breadth and depth of sound. A prolific collaborator, Chesley is equally at home in both New Music and Metal circles. Past albums saw her collaborate with Jason Roeder (Sleep/Neurosis) and Rachel Grimes (Rachel’s), and she has toured extensively with Shellac, Russian Circles, Earth, Bob Mould and MONO. On her new album Atomic, Chesley pushes even further out towards the extremes of her output with a daring leap forward in her songwriting through minimalist arrangements that stand as her most intimate, direct, and emotionally bare work to date.

Atomic was written during a period of transition for Chesley and her family. She explains: “After my parents passed away, we had to find new ways to be – with ourselves and each other. The whole process brought us closer together, strengthening the bonds between the three of us; between us and our friends; between us and my extended family. My sister and brother and I would often get together at my brother’s house in the Redwoods of Northern California. Being there with them, looking up at these giant trees that were there long before we were, looking up at the Milky Way, looking out at the Pacific Ocean – it just gave me a sense of perspective and how connected we all are to everything.” The experience of recalibrating herself in the world came to subconsciously inform Atomic’s searching tone, Chesley pushing her music to surprising new places just as she and her family moved into a new phase of their lives.

While writing Atomic, Chesley went through a process or stripping back compositions to the bare essentials, revealing more of herself than even before while opening up new spaces for sonic exploration and contemplation. Opener “Midnight” and “Understory” see Chesley weave sparse layers of cello into vaporous ambient atmospheres bristling with intensity. “Brave One” stands as one of the most spartan moments on the record, constructed around two cello parts, with a subtle electronic pulse enhancing the rhythmic drive of Chesley’s strumming. Visceral peaks are provided in the pummeling industrial rhythms of the latter half of “Nemesis”, or mountainous riffing on “Coil”, recalling the volume and intensity of Chesley’s earlier work but made all the more impactful by their positioning alongside more subdued pieces. Within the album’s minimalist structures Chesley still finds plenty of room for experimentation, writing for the harp for the first time on “Coppe” and enhancing acoustic instrumentation with modular electronics provided by collaborator Will Thomas. The breadth of ideas explored throughout give Atomic a distinctive ebb and flow; an oblique narrative that conjures distinctive and palpable emotions without being prescriptive.

Atomic’s title was inspired by Chesley’s study of the early Roman Humanists, in particular Lucretius, the Roman philosopher who proposed the idea that everything is made up of tiny particles and thus interconnected. At a time when the cellist was in the process of reorienting herself in the world, Chesley drew immense strength from this idea of interconnectivity but also mused on its implications for how we should treat each other and our environment. She elaborates: “I’ve been thinking a lot about how the earth is our home; the universe; and how fragile this world is and how connected we all are to everything.“ In an increasingly fragmented world, Atomic presents a map for how we might navigate personal and collective trauma through the pursuit of openness, understanding and introspection. Chesley’s embracing of minimalist structures reflects her own empathetic shift, collapsing barriers between artist and listener to find power and strength in intimacy. 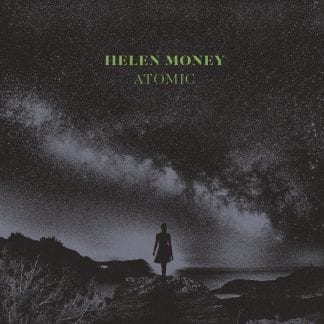