Hozan Yamamoto was recognised as a “living national treasure” by the Japanese government in 2002. This highly sought-after album from the Japanese wood flute player is more upbeat and swinging than some of his other records. The big band he recorded this album with (Sharps & Flats) played a big part in the genesis of the album’s groove. Forming in 1951, they helped to make jazz popular in Japan after World War II. Yamamoto’s flute lines weave over the heavy brass sound and groove, creating an MPS label blending of funky jazz and Japanese vibes. The closest comparison would be Dorothy Ashby’s grooviest albums for Chess / Cadet – substituting Yamamoto’s flute for the harp. Licensed courtesy of Universal Music Group Limited. 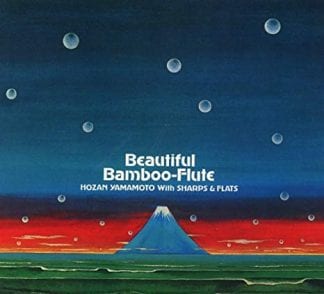