A new title in the series of full-album reissues that Vampisoul (co-produced in collaboration with Little Butterfly Records) is releasing as a valuable addition to our largely acclaimed compilation “América Invertida”, focusing on the obscure leftfield pop and experimental folk scene from ‘80s Uruguay, making some of these elusive and essential albums available again.

Hugo Jasa aimed to merge the glamour of the 80s (drum machines and Yamaha DX7 and Roland D50 synthesizers command the timbre of the album) with Uruguayan Afro-candombe sound in his songs. A deep bench of national talent, as Eduardo Mateo, Hugo Fattoruso, Jorge Galemire or Mariana Ingold, took part in these sessions.

The album was originally released in 1990 with a single pressing of 300 copies, and then recently rediscovered by new generation of DJs, musicians and hardcore record collectors around the world thanks to the internet, reaching a cult status and becoming a top want.

Hugo Jasa’s “Estados de ánimo” is reissued here for the first time, in its original artwork with an extra OBI and including an insert with liner notes by Uruguayan music writer Andrés Torrón. 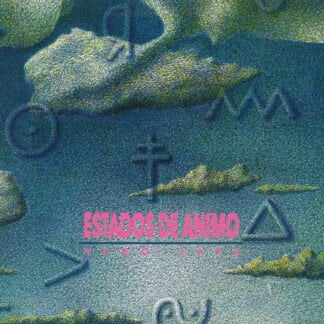 You're viewing: Hugo Jasa / ESTADOS DE ANIMO 28,00€
Add to cart
Manage Cookie Consent
To provide the best experiences, we use technologies like cookies to store and/or access device information. Consenting to these technologies will allow us to process data such as browsing behavior or unique IDs on this site. Not consenting or withdrawing consent, may adversely affect certain features and functions.
Manage options Manage services Manage vendors Read more about these purposes
View preferences
{title} {title} {title}