From an artist in their seventies, you probably wouldn’t expect to hear an album like this. But Brazilian drumming legend Ivan ‘Mamão’ Conti has been experimenting and innovating for the last half a century. As one third of cult Rio jazz-funk trio Azymuth, Mamão was at the root of the group’s ‘samba doido’ (crazy samba) philosophy, which warped the traditional samba compass with jazz influences and space age electronics. Even with his lesser known jovem guarda group The Youngsters, Mamão was experimenting with tapes and delays to create unique, ahead-of-its-time sounds, way back in the sixties. More recently Mamão recorded an album with hip-hop royalty Madlib under the shared moniker ‘Jackson Conti’. 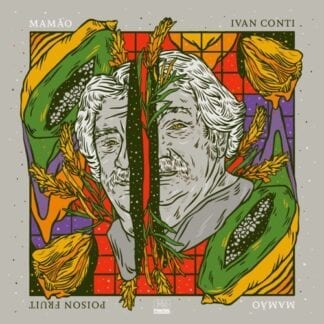