pen·ti·men·to / noun
Reappearance in a painting of earlier images, forms, or strokes that have been changed and painted over.

First new album in nine years by a musical visionary and hugely influential figure in new music. Forty years since its creation, Jon Hassell’s Fourth World aesthetic remains a powerful influence on modern electronic music. Continuing his lifelong exploration of the possibilities of recombination and musical gene-splicing, fragments of performance are sampled, looped, overdubbed and re-arranged into beguiling unexpected shapes. Hassell applies the painterly technique of ‘pentimento’ to the arrangements, teasing out texture by the overlaying of sound upon sound, or a carefully timed reveal of the delicate bones pinning the frame of a track together.

The release of this new album also sees the launch of Jon’s own label, Ndeya (pronounced “in-day-ya”), which will be a home for new work as well as well as selected archival releases, including re-presses of classic sides and some astonishing unreleased music. 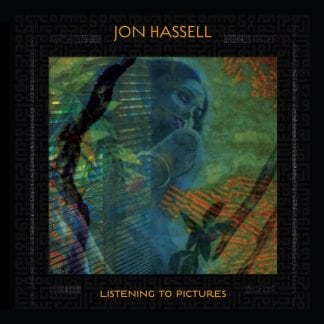 You're viewing: JON HASSELL – Listening to pictures (Pentimento Volume One) 24,00€
Add to cart
This website uses cookies to improve your experience. We'll assume you're ok with this, but you can opt-out if you wish.Accept Read More
Privacy & Cookies Policy
Necessary Always Enabled