Boomkat Product Review:
Who better to inter Fabric’s long-running series than the demon DJ Kode 9 and his accomplice, Burial? Yeh, nobody’s shouting Craig Richards, so this will have to do.
So it’s basically NOT a new Burial album, or even a Kode 9 & Burial album, but it is one of the strongest mixes in Fabric’s near 20 year history, cataloguing and webbing 37 tracks from the ‘ardcore ‘nuum, following its breakbeat and techno roots thru to its branches into US footwork, the distant echoes of South African Gqom, the avant R&B of Klein and Dean Blunt, and latinate and sino futurisms, with precisely no dubstep in-between.
The result is a mix as fragmented yet fluid as the London roadmap or those aerial shots used on the ‘Burial’ album cover, forming a mosaic of interrelated ‘ardcore styles grouted with the trademark fuzz and patter of drizzle heard on Kode 9 & Burial’s two preceding mixes for Mary-Anne Hobbs. In the first third, they probe a line from Klein and Cooly G thru outright Gqom killers by Julz Da Deejay, Roman Rodney and TLC Fam, and introduce Hyperdub newcomer Nazar along the way.
In the 2nd third, the breakbeat hardcore badness of Jungle Buddha’s ‘Drug Me’ [1993] and Intense’s classic ‘The Quickening’ bookend a rush of raving footwork aces such as DJ Spinn’s ‘Make Me Hot’ and DJ Tre’s lethal ‘House Hybrid’, before the final third slips from trancing ‘90s techno and acid thru to freakier footwork, an overlooked Sino-Detroit breakbeat ace by Claude Young, and the breeziness chops of Proc Fiskal.
Ultimately it’s a lesson in keeping your ears wide open to all styles in the present, while also keeping an eye in back of your head for vintage freshness, and pulling up records from well trodden areas – keeping the polystylistic and hyperstylized spirit of hardcore burning into 2018. 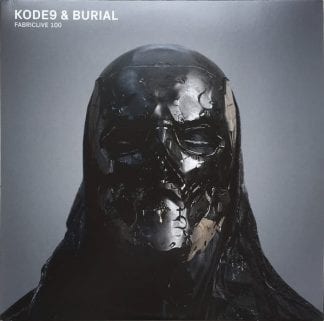 You're viewing: Kode9 & Burial / FABRICLIVE 100 40,00€
Add to cart
Manage Cookie Consent
To provide the best experiences, we use technologies like cookies to store and/or access device information. Consenting to these technologies will allow us to process data such as browsing behavior or unique IDs on this site. Not consenting or withdrawing consent, may adversely affect certain features and functions.
Manage options Manage services Manage vendors Read more about these purposes
View preferences
{title} {title} {title}