“nine-sum sorcery is the debut release of Berlin-based sonic duo Labour, the ambitious project led by Farahnaz Hatam and Colin Hacklander gaining a reputation since 2018 for their large-scale works and collaborative pieces in large concert spaces and museums such as Kraftwerk Berlin, Martin Gropius Bau and Kunsthalle Zürich. Since 2020, they have been residents on NTS with a monthly show. Grounded in the rich and enigmatic digital sound world of LABOUR, nine-sum sorcery features the renowned Kurdish singer, Hani Mojtahedy, a prolific performer and recording artist firmly grounded in the traditional vocal styles of both Kurdistan and Iran.

Following Labour’s now legendary closing of Berlin Atonal’s main stage in 2018 with their inaugural work, next time, die consciously (یگناگیب), the duo embarked on a grand journey with Hani Mojtahedy, towards a remarkable synthesis of traditions and practices, uniting computer music and avant-garde sensibilities with traditional vocal practice. nine-sum sorcery is a long-form piece that unfolds over two sections, A and B, and can be understood as an occult incitation to the dark energies, natural, political and otherwise, that are released when oil is extracted from the ground. This ritual is focused through the enigmatic electronic and percussion composition from Labour which alternates between foreground and background for the haunting vocal performance of Mojtahedy, who interprets Kurdish and Persian verses. This is first release on Studio Labour, the new independent label in Berlin that provides a platform for avant-gardists creating works based on sound.” 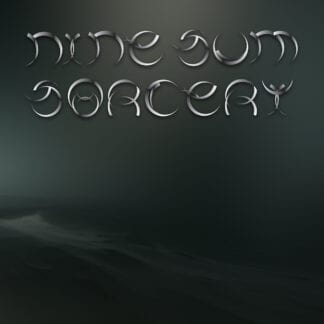