Spiritual keyboard improvisations performed by Laraaji and recorded in a Brooklyn Church by Jeff Zeigler (Kurt Vile, The War On Drugs, Mary Lattimore). Sun Piano finds Laraaji fulfilling a lifelong ambition to return to his first instrument, learnt whilst growing up in 1950s New Jersey. A departure from his FX-soaked cosmic zither jams, these elegant miniatures nevertheless reveal enough personality and inner light to be clearly identifiable as ‘Laraaji Music’.

This release is the latest step in something of a late career renaissance for the New York City based musician and mystic. He first came to public attention in the late 70s via his entry in the legendary Brian Eno-produced Ambient series of albums, Ambient 3: Day Of Radiance. In the last few years his music has been re-discovered by a whole new generation of fans via reissues from the likes of the Numero Group, Light In The Attic and Leaving Records; new collaborations with underground musicians Dallas Acid and Sun Araw; a revitalised live presence that has seen him share concert stages worldwide with the likes of Solange and Jonathan Wilson; and a wide amount of media coverage: from discussing his love of orange clothes in Vogue, to demonstrating the benefits of transcendental music on BBC4 or performing a coveted NPR tiny desk concert . This latest musical side step introduces a new chapter to the story of a much-loved cult icon. 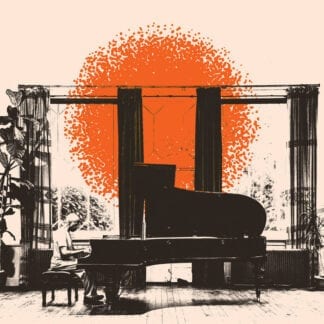