In 2015, the members of Lifted described their first album as a means to get “off the grid,” the non-place dance music artists go to when they get fed up of the 12-inch assembly line. Max D, AKA Andrew Field-Pickering, best known for the leftfield tracks on his label, Future Times, was “itching to do something a bit more free,” a sentiment echoed by his eclectic range of collaborators, including Gigi Masin, Jeremy Hyman and Co La. The group tested the limits of their curiosity with 1, a jazz fusion-inspired album informed loosely by the label ECM and Vladislav Delay’s Four Quarters.

Four years on, Lifted return with 2, which sharpens the group’s experimental instincts, making the music within even less reliant on loop-based composition. The ensemble seems especially free on “Now More Than Ever,” where pearlescent chords mingle with melting synth voices and haphazard drum rolls. It’s messy one moment, lucid the next, but the swing between these poles is unlaboured, almost conversational. The group rides another wobbly, to-and-fro groove on “Blackpepper.” Its stalking bassline and chaotic polyrhythms are accompanied by tangled digital effects, including what might be email notifications or Xbox chimes.

Be the first to review “Lifted ‎– 2” Cancel reply 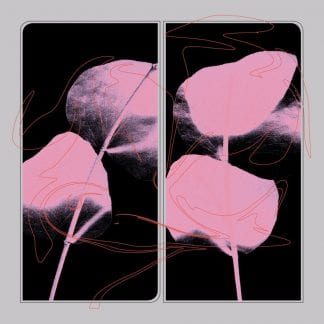