One of the first full-length recordings of Hauka ritual music. Praise songs and sacred incantations to the spirits to inhabit the body. Call and response chants, the pluck of a monochord lute and relentless pounding percussion combine in a dizzying nonstop session.

The Hauka movement started nearly a century ago and has persisted on the fringes of Nigerien society. Documented in the 1955 Jean Rouch film Les maîtres fous, the Hauka are a pantheon on spirits mirrored on colonial and military figures. Central to the religion is the “Holley Hori” possession ceremony, a ritual driven by militaristic percussive music, wherein spirits come into the body in powerful and violent manifestations.
Lingo Seini has played ritual music for almost 60 years, learning from his father. He is joined by his son Youssouf on the calabash and Issaka Moulla, playing his homemade kuntigi. The group regularly accompanies Hauka priests in ceremonies. Recorded with a single microphone in the outskirts of Niamey. 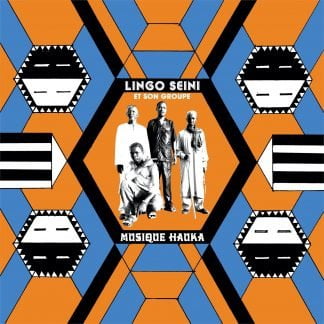