Namir Blade controls the clouds and the concrete. With the blink of a synapse, his imagination conjures elaborate visions of valleys of death, bad Tijuana dreams, and shotgun raids. In the next breath, he’s blowing off texts, rolling out of bed around noon, and crooning falsetto pleas about his willingness to change. The Nashville’s latest, Imaginary Everything is a work of teleportation and twisted fantasy, a wig-flipping blast of surrealism and slang editorials. It is a journey and experience. A collaboration with the otherworldly producer, L’Orange.

Most artists favor either hyper-realism or wild futurism, but Blade artfully splits the difference. Blurring the lines between fact and fiction, he offers an artistic conceit and nocturnal panoramas. He reverently communes with the older gods, but also blasts listeners with the jarring experiences of modernity. Scope the seance for Hendrix jamming “Foxy Lady” at 4 a.m. on the last morning of Woodstock, the acid in the headband. Blade channels the boiling revenge funk of James Brown’s “The Big Payback.” But he simultaneously shares a kinship with the most lyrical and raw of the contemporary underground. You can hear it viscerally in Blade’s bars and from guest incantations from Quelle Chris and Fly Anakin. Imaginary Everything is a startling arsenal, a departure from convention, toggling between interior flights of mind and guillotine chops to the neck.

The title track sets things off. L’Orange unleashes a fireball disguised as the best beat that RZA lost in his biblical flood. Blade adds gasoline with acrobatic cadences, boasting about his $5,000 mink coat; the razorblade is kept handy, the killers are on payroll. “Out East” flips the Jeffersons theme for a hook, then drops a minute and twenty seconds of Camp Lo-like slick talk. “Somebody’s Anthem” slaps with tense, soul-drenched narratives a la Ghostface Killah of the Fishscale era, crossed with the melodic crooning of vintage Mos Def. Then on “Human Loop,” Blade removes all pretense to sing vulnerable and bruised vocals, cleansing as a cold rain. Where it might seem incongruous and off-tone after such savage rhyming, it feels strangely ordained. It’s the type of thing Frank Ocean would want to cover.

Anyone who heard Blade’s 2020 album, Aphelion’s Traveling Circus, wouldn’t be surprised by his versatility. On that record, he created an afro-futurist city-space called “NashVegas” that thrived on its bizarre entertainment district. NPR hailed him for being “both ahead of his time and in step with his moment. Nashville public radio’s KNXP praised his “technical skill” and “emotionally revealing storytelling.” On this go-around, L’Orange serves the perfect co-pilot for Blade’s acts of artistic levitation; the producer crafts soundscapes so naturally cinematic, that it’s a wonder that he hasn’t been given his own film development deal.

Imaginary Everything is proof that sometimes the mundane has to become the extravagant, and sometimes the extravagant can be mundane. In a period grounded by depressive realism and animated fantasy, it offers a portal into a different dimension. The refracted funhouse world of Namir Blade and L’Orange in outlandish color: clean heists and technicolor distortion, slightly hallucinogenic but strangely real.
credits 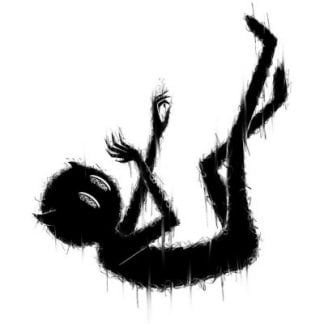