The re-release of the 1983 classic Mariah – Utakata No Hibi as a double 12″ set. The long sought after final record on the legendary Better Days label, Utakata No Hibi is the culmination of composer and bandleader Yasuaki Shimizu’s early-80s work, often compared to his contemporaries Ryuichi Sakamoto and Haruomi Hosono, as well as experimental new wavers Flying Lizards/David Cunningham, all of whom Shimizu has worked with. Recognized in Japan for the hit, “Shinzo No Tobira,” the entire record is a masterful studio production of Japanese folk and pop idioms filtered through a chamber disco, new wave, synth production, sounding more relevant today than upon its release over 30 years ago. 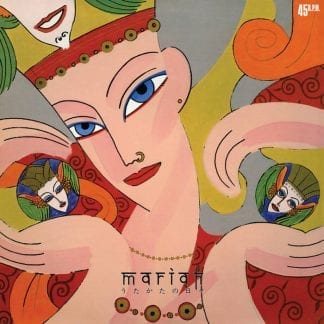