‘Lost Futures’ was conceived in Portland after Anderson and Tyler had connected at a tribute show for Silver Jews’ David Berman. Tyler had played in Silver Jews, as well as in Lambchop, and while the two had an immediate connection, they wondered whether their busy schedules might allow time for collaboration. When COVID hit a few months later, it provided them with the time they needed to fire ideas back and forth, using Fisher’s theories as a jumping-off point.

Hearing Fisher’s theories untethered to British electronic music’s obsession with dusty nostalgia and post-BoC/Burial hauntology is actually quite refreshing. Anderson and Tyler’s music is rooted in a different – and more resolutely American – idea of the lost future; Tyler’s background is in Nashville and Anderson’s folk playing was shaped by her collaborations with Tuareg musicians like Mdou Moctar and Kildjate Moussa Albadé. So the music here feels as if it funnels well-worn American ideas into new places, challenging the listener by fusing the familiar and the unexpected.

The result is post-rock adjacent, with tracks like ‘Something Will Come’ building a chugging Kraut groove and ‘Pray For Rain’ sounding painfully epic. But the duo hit their stride in the moments of subtle, soulful Americana, like the utterly heartbreaking title track and the lengthy closer ‘Haunted By Water’, that sounds like a bleak, instrumental take on the lavish Nashville sound. 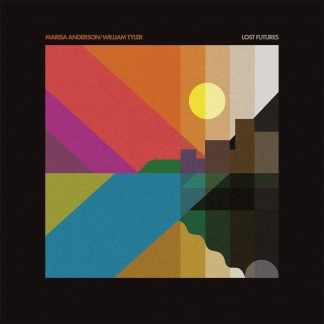