Mohammed After Hussain & PAQ / MATIR GAAN (SONGS FROM THE EARTH)

Mohammed After Hussain escaped Bangladesh in 2015 and arrived in Italy in 2017 after a long and dangerous journey across the Mediterranean from the violence he found in Libya. In Italy he found safety and hospitality as an asylum seeker in Rimini’s Associazione Ardea, where Andrea is involved with ‘Ardea Recordings’ – a project aiming to create an archive of songs, stories and sounds by some of the people who spent some time with Ardea’s refugee programme.

Md After was invited to sing and play the folk and village songs he knew on the harmonium and pakhawaj (two headed drum) while Andrea immersed himself in the songs providing a bed of warm Crumar synth and Veena drones to create a finished album of totally unique renditions of the mystic Baul folk songs known so well by people across the Bangla speaking regions of India.

The Bauls are a famous group of wandering minstrels from the region of Bengal whose culture is derived from the teachings of the early Sufi mystics and Hindu Fakhirs. The Baul devotees are considered to be mad, or possessed, with the love of God. While transcending religion the Baul compositions celebrate celestial and earthly love and expound the key philosophy of “Deha tatta” or truth in the body, epitomised by the aphorism “whatever is in the universe is in the body”. They reach for divinity here in this world and they seek to access it through music and dance. They seek spirituality in the music, they live for the music, wandering from village to village offering ecstatic sound waves in exchange for sustenance. Their presence remains an important part of village life in Bangladesh, and this is why Md After knows the songs despite the fact he would not consider himself part of the Baul ascetic tradition.

We hope you’ll enjoy this wonderfully psychedelic album with its unique interpretations of these ancient mystic songs from the earth. 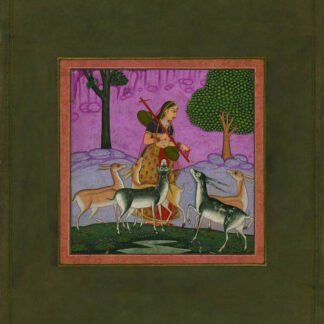 You're viewing: Mohammed After Hussain & PAQ / MATIR GAAN (SONGS FROM THE EARTH) 22,00€
Add to cart
Manage Cookie Consent
To provide the best experiences, we use technologies like cookies to store and/or access device information. Consenting to these technologies will allow us to process data such as browsing behavior or unique IDs on this site. Not consenting or withdrawing consent, may adversely affect certain features and functions.
Manage options Manage services Manage vendors Read more about these purposes
View preferences
{title} {title} {title}