Jazz Codes is Moor Mother’s second and latest album for Anti- and a companion to her celebrated 2021 release Black Encyclopedia of the Air. Jazz Codes uses free jazz as a starting point but the collection continues the recent turn in Moor Mother’s multifaceted catalog toward more melody, more singing voices, more choruses, more complexity. In its warm, densely layered course through jazz, blues, soul, hip-hop, and other Black classical traditions, Jazz Codes sets the ear blissfully adrift and unhitches the mind from habit. Through her work, Ayewa illuminates the principles of her multidisciplinary collaborative practice Black Quantum Futurism, a theoretical framework for perceiving and adjusting reality through art, writing, music, and performance, informed by historical Black ontologies.

The songwriter, composer, vocalist, poet, and educator Camae Ayewa spent years organizing and performing in Philadelphia’s underground music community before moving to Los Angeles to teach composition at the University of Southern California’s Thornton School of Music. She released her debut album as Moor Mother, Fetish Bones, in 2016, and has since put out an abundance of acclaimed music, both as a solo artist and in collaboration with other musicians who share her drive to dig up the untold. She has performed and recorded with the free jazz groups Irreversible Entanglements and the Art Ensemble of Chicago, and made records with billy woods, Mental Jewelry, and YATTA. 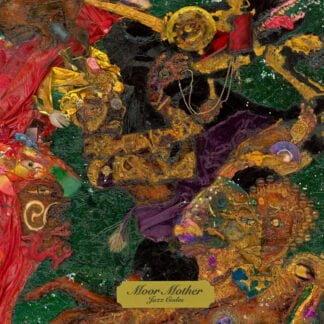 You're viewing: Moor Mother / JAZZ CODES 25,00€ – 30,00€
Select options
Manage Cookie Consent
To provide the best experiences, we use technologies like cookies to store and/or access device information. Consenting to these technologies will allow us to process data such as browsing behavior or unique IDs on this site. Not consenting or withdrawing consent, may adversely affect certain features and functions.
Manage options Manage services Manage vendors Read more about these purposes
View preferences
{title} {title} {title}