One of 2019’s standout albums is now available on vinyl for the first time; the solo debut by Mecca-based Msylma is a compelling coming-of-age tale sung in classical Arabic and set to stark, mystic electronic production by Zuli, 1127 and the artist himself for Rabit’s often pioneering Halcyon Veil label.

A profoundly original record steeped in millennia of pre-Islamic (pagan) and Islamic theology and Arabic tradition, ظل تحت شجرة الزقوم which translates into “a patch of shade under the zaqum tree” sees Myslma convey an ancient sense of existential angst via the contemporary prism of electronic music in his singular style of emo-R&B and weightless grime expression. Although entirely sung in a form of classical Arabic that even modern day speakers may not comprehend, Msylma’s impassioned delivery and intonation conveys the gravity of the album’s themes in no uncertain terms, meaning that native and non-Arabic speakers alike will be absorbed by the album’s emotional pull.

Turning cues from a rich knowledge of pre-Islamic and Quranic poetry into a work of subversive literary fiction, Msylma charts a transition from a romanticised childhood, thru the rising self-awareness of adolescence, to problems with parents and the sardonic cynicism of adulthood, before looping back to childhood, and resolving with a burned-out, sore conclusion in an eternal here and now; effectively mulling ontological and existential themes that surely resonate with a lived human experience wherever you’re listening from.

Whether channelling a pained sort of R&B/soul spirit in the aching delivery and floating chords of opener ‘Inqirad (Rihab-U Dhakir)’, singing from the midst of a weightless grime skirmish in ‘Min Bab AlKamal-i w AlDawam’, or scaling the lofty heights of ‘Astaqi AlGhamam’, no knowledge of the lyrics’ meaning is required in order to immerse in and empathise with Myslma’s music. But if you’re the inquisitive type, we’re sure that a quick Google translate of the track titles will offer more concrete pointers to each song’s meaning and, in turn, open listeners to a world that’s familiar yet beyond their immediate conception.

This is an album that will stick in the mind long after the music stops playing, opening windows into parallel dimensions as fascinating and dramatic as the visions of Scott Walker, as haunting as Omar Souleyman’s lamenting mawwals, or futuristic as Fatima Al Qadiri. 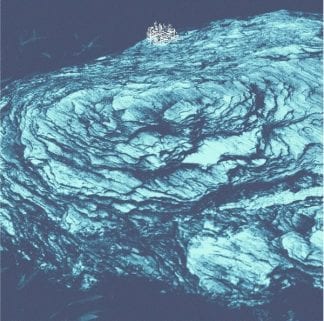