Originally released in 1999, Terror Twilight marked a departure from Pavement’s established operating methods. Which is to say that it was recorded with a big-time producer in an expensive studio. However, for all the talk of “polish” and “precision” it’s still very much a Pavement record. And a great one. Like every Pavement album that preceded it, Terror Twilight thrills and confounds. Often at the same time. Twenty-two years on, the songs remain moody, strange, and eminently deserving of re-celebration. 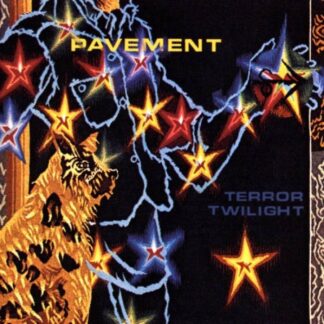 You're viewing: Pavement / TERROR TWILIGHT: FAREWELL ORIZONTAL 24,00€
Select options
Manage Cookie Consent
To provide the best experiences, we use technologies like cookies to store and/or access device information. Consenting to these technologies will allow us to process data such as browsing behavior or unique IDs on this site. Not consenting or withdrawing consent, may adversely affect certain features and functions.
Manage options Manage services Manage vendors Read more about these purposes
View preferences
{title} {title} {title}