Two of dubstep’s most distinguished forces converge on an exceptional collaboration – a new highpoint in the genre’s long playing category. Between them, Pinch and Shackleton have consistently represented something more than the usual, nihilistic sensory assault of bass, synths and skullcrush percussion which dubstep has mostly calcified into, lending the style an exotic, enigmatic drama and unheimlich dread sharing more in common with Alastair Crowley than the Copperfieldian hypertheatrics of many others. Their eponymous entry is marked by a vital, considered sense of restraint, shading supernaturally fluid rhythms with an atmospheric presence which is at once lead-heavy and noxiously diffuse. It’s unnecessary to describe each track individually as their common elements are repetitiously affirmed and almost dissolute from the mass. Maybe it’s best summed as a meta-meditation of labyrinthine rhythms and spirit-summoning sonics, constantly folding into themselves and re-emerging at the start of each new piece, traversing hundreds of miles of desolate, ancient jungle terrain with the stealth and gait of Predator on the hunt for human minds to devour. Simply put, it’s every bit as affective and enveloping as you’d imagine it to be, and then some. 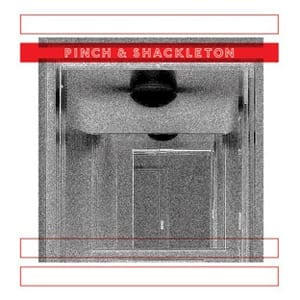