Back in print for the first time in almost 20 years, remastered by original producer Head, and replicated to the original version as much as possible.
One of the most striking debuts of the 90’s; a bone-dry, furious, adrenaline-powered take on super raw, sculpted Blues that still hits like nothing else almost 3 decades later.

Released in 1992 on Too Pure at a time when they were basically shaping music habits with eclectic determination, ‘Dry’ is in every respect an insane debut – it’s visceral and furious, but also full of highly complex thematic conceits and layered arrangements, despite Polly Jean being just 23 years old when she recorded it while studying sculpture at Central Saint Martins College of Art. Listening to it almost 30 years later, it’s striking how believable and affecting that fury still is. There is lots of artifice – but the rage is real.

Don’t get us wrong, there are lots of angry records written by 23 years olds, but ‘Dry’ is old beyond its years; multi-faceted and well-lived, often beautiful – it makes you feel an uncontrollable energy – still does – despite many years, countless listens, and a whole new century separating us from when we first heard it. 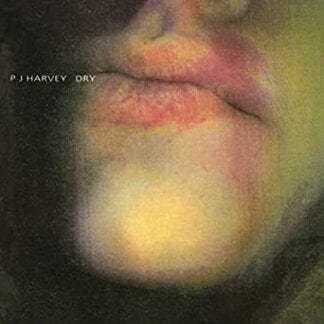