In anticipation of a new studio album this summer, Jon Hassell has announced the reissue of his seminal debut album through Ndeya Records.

Remastered from the original tapes, ‘Vernal Equinox‘ will be available in vinyl, CD and digital formats – the first vinyl reissue of the album in its 42 year history, and its first CD reissue in three decades. To mark the occasion, both Hassell and Brian Eno have contributed sleeve notes.

Hassell’s musical career has been truly diverse. In his early thirties he was embedded with the European avant-garde, studying composition with Karlheinz Stockhausen and playing in groups formed by the minimalists Terry Riley and La Monte Young.

Hassell also learnt the art of Kiranic singing from Indian classical vocalist Pandit Pran Nath, replicating it on his trumpet. Alongside his own releases, the composer has additionally featured on work by Talking Heads, Peter Gabriel, David Sylvian and Bjork, and has also written numerous scores for film and theatre. 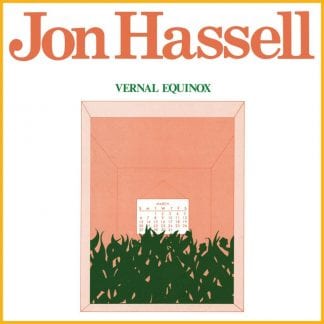