Distant Populations, just the fourth full-length album of Quicksand’s career, comes as a comparatively swift follow-up to Interiors – which itself came a full 22 years after its predecessor, 1995’s Manic Compression. Critically lauded and deemed very much worth the wait, Interiors succeeded in reestablishing the band as the powerful and contemporary entity they had always been. Distant Populations has a punchier, more up-tempo sound than its predecessor; its 11 songs are concise, carved sonic jewels boasting not a single wasted note; and its raw power, its gripping lyricism, leaps out from the very first listening. It is a striking step up for the band.

THIS IS A PRE-ORDER. The record will be shipped around the end of September 2021. 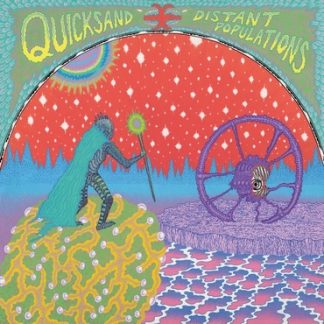