The project was formed in early 2016, leading to their debut album later that year ‘Wisdom of Elders’; a document of sessions combining Hutchings with a group of South African jazz musicians he’d long admired. His connection to the group was Mandla Mlangeni (bandleader of the Amandla Freedom Ensemble), whom he’d flown there to play with over the past few years.

‘We Are Sent Here by History’ is a meditation on the fact of our coming extinction as a species. It is a reflection from the ruins, from the burning. a questioning of the steps to be taken in preparation for our transition individually and societally if the end is to be seen as anything but a tragic defeat. For those lives lost and cultures dismantled by centuries of western expansionism, capitalist thought and white supremist structural hegemony the end days have long been heralded as present with this world experienced as an embodiment of a living purgatory. 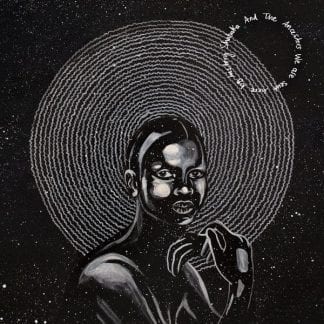 You're viewing: PRE-ORDER /// Shabaka And The Ancestors – We Are Sent Here By History 35,00€
Add to cart
This website uses cookies to improve your experience. We'll assume you're ok with this, but you can opt-out if you wish.Accept Read More
Privacy & Cookies Policy
Necessary Always Enabled