Blending Native American references into a body of sonority that draws on free improvisation, experimental electronic music, and spiritual jazz, Pygmy Unit’s “Signals From Earth” – originally self-released by the band in 1974 – forges a singular and almost entirely unknown path, and stands almost entirely on its own in the history of west coast American jazz.

First appearing on the San Francisco scene sometime during the early 1970s, almost nothing is know about the Pygmy Unit, a seven piece band steered by Darrel De Vore, who contributed flute, bass, percussion, piano, and vocals to the band’s lone LP, first appeared with percussionist Terry Wilson within the psychedelic folk rock band, The Charlatans, who belonged to the legendary Family Dog scene. Jim Pepper, a Native American tenor saxophonist known for being a member of the Mal Waldron Quartet, played with Charlie Haden, Don Cherry, and numerous others, and produced the cult favourite, “Pepper’s Pow Wow”, for Embryo Records in 1971. John Celona, who contributes parts on sax, synthesizer, and percussion, would later go on to be regarded as an electronic composer of some note. Of the remaining members, saxophonist Frank Albright, bassoonist Ron Grunn, and percussionist Marvin Kirkland, very little else is known. It seems this LP is more or less all they recorded.

While undeniably jazz – riding a remarkable line between avant-garde electronic music, spiritual jazz, and free improvisation – the band was very much a product of the diverse creative ferment that developed in their hometown of San Francisco during the 1960s. Embodying the raw spirit of DIY (many of the instruments used in the recordings were made by DeVore himself, self-described as an “itinerant flute-maker”) the ensemble channels references – via passages of chanting and percussion, as well as conceptual underpinnings – from Jim Pepper’s Native American roots, intuiting them with the soulfulness of spiritual jazz, wild moments of avant-gardism centred around synths and electronic effects, and explosions of wild free improvisation.

“Development of new music is a continuous path that grows directionally according to psychoacoustical phenomena available for unification. This record is evidence of that development, containing 12 performance pieces, at 12 separate times in different acoustical spaces with various combinations of musicians and instrumentation. The music is shaped by signals, received and sent by life forms on this planet. It is unwritten, unrehearsed, utilizing new and traditional approaches to energy, motion, and form. Eventually, music develops as a natural extension of the environment in which it exists. It is the aim of the traditions… to signal the universe from the Earth.” 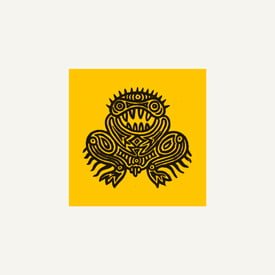 You're viewing: Pygmy Unit / SIGNALS FROM EARTH 28,00€
Add to cart
Manage Cookie Consent
To provide the best experiences, we use technologies like cookies to store and/or access device information. Consenting to these technologies will allow us to process data such as browsing behavior or unique IDs on this site. Not consenting or withdrawing consent, may adversely affect certain features and functions.
Manage options Manage services Manage vendors Read more about these purposes
View preferences
{title} {title} {title}