The record was assembled after Ishihara was invited to Uganda for a residency at the Nyege Nyege Villa in 2019. Exposed to Hakuna Kulala’s family of artists, the producer began experimenting, twisting trap and dancehall rhythms with 8-bit immediacy and the ragged energy of grindcore. Somehow he has managed to distill the essence of Nyege Nyege’s scene-shaping yearly festival, where global dance and experimental forms come together under a banner of East African musical experimentation and physicality.

Ishihara is no stranger to collaboration; in recent years he’s been spotted working with King Midas Sound’s Kiki Hitomi in dub-pop outfit WaqWaq Kingdom and playing bass with electro-shoegaze pioneers Seefeel. But Scotch Rolex is his most ambitious project to date, jumping seamlessly from slithering doom trap (‘Omuzira’) to anxious hyper-fast electro death metal (‘SNIPER’) to breathless Ugandan club (‘Afro Samurai’) and beyond without stopping for breath.

Whether crafting rhythms for MC Yallah’s tongue-twisting rhymes, Lord Spikeheart’s hoarse, guttural screams or Swordman Kitala’s familiar sing-along chants, Ishihara feels completely at home with his collaborators and celebrates their presence. “Scotch Rolex & Co.” is a love letter to Hakuna Kulala from one of experimental dance music’s true originals, it’s a joyful rumination on the fluidity and versatility of electronic music that manages eclecticism without ever sacrificing coherence. 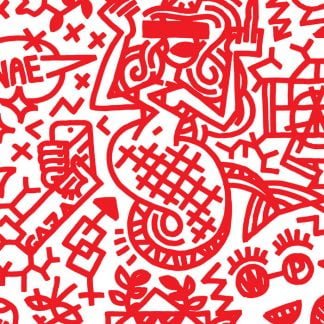