Seefeel’s third studio album was recorded for Richard D James and Grant Wilson-Claridge’s Rephlex label, as as a return favour for two remixes Aphex Twin (a huge fan of the group) did in their Too Pure period. This is the first time it has been available on vinyl since 1996 and adds an extra LP of bonus material, mastered from original DAT transfers by Stefan Betke aka Pole. Comes housed in a new gatefold sleeve by the Designers Republic.

When Richard D. James asked to remix Seefeel’s ‘Time To Find Me’, his only request for payment was an EP for Rephlex. “(Ch-Vox)” was the result, originally released in 1996 and now lovingly remastered by Stefan Betke, aka Pole.

Even more low-key than the captivatingly stark “Succour”, “(Ch-Vox)” was the last record from Seefeel until the band’s re-emergence in 2010 and presented some of the most mystifying compositions of their career. Using ambient textures, cavernous reverb and pin-prick percussion, Mark Clifford and his crew of collaborators stripped down the anxious dub of “Succour” to almost nothing, leaving only haunted trace elements behind.

‘Net’ is the album’s harrowing centerpiece, with smudged piano echoing around percussion so light it could float away at any moment. Any dance music influence is now only a suggestion, rather than an oblique reference. Short but perfectly formed, “(Ch-Vox)” feels like a companion piece or coda to “Succour”, and shouldn’t be missed under any circumstances. 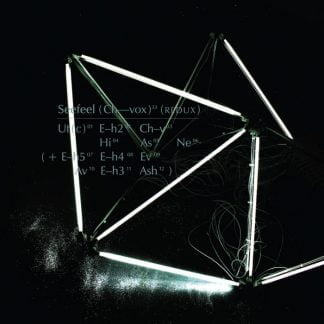