Limited edition of 60 cassettes.
Alkisah (once upon a time) is the new album by Indonesian avantgarde duo Senyawa, a release marking both sonically and conceptually the trespassing of the first decade of the project. The entrance into the second decade, dasawarsa kedua, is announced by eight personal abrasive but elegant pieces pushing once again the limits of regionally influenced experimental music and showing a stronger tendency towards metal, drone and noise.

Senyawa’s narrative abilities and exceptionally crafted lyrics along with an array of different, mostly self-built instruments bending the relationship between sounds, signals and noises are able to form dense physical atmospheres with a heavy taste of rust and soil.

Alkisah is the tale of a city that acknowledges the guilty impoverishment and harmful abandonnement of its own surroundings and resources. Accepting to be at a point of no return, the dwellers start to prepare for what comes after seeking a new refuge far from the forsaken lands.
But what comes after?

Each of the songs is intended to depict a specific moment of the story, highlighting the struggles and perils that the strife for an entirely new civilization brings with it. Kiamat sudah dekat.
Alkisah is thus also a radical musical reflection on power, civilization, will and its unpredictable consequences.

The album has been released to be intended as a transnational collaboration between different small labels and realities. The collaboration itself takes a practical approach to identify and activate different patterns of publication and distribution, including the release of different formats and physical/digital objects, promotion logics and, of course personal interpretations of the work through reworks, remixes, covers, artistic takes and adaptations.

Joining forces, local representatives of the south-western lands of the floating world, Communion & Artetetra take this opportunity to adapt the release to tape format, including a twin album of interpretations by Italian projects, producers and bands.

By the time, Senyawa have evolved, engineering their interdisciplinary approach to both encompass and blur the margins between the hyperlocal and the transnational, the traditional and the experimental. Departing from a very down to earth approach challenging classic assumptions about the music ecosystem, the beginning of Senyawa’s new era openly enforces and encourages general decentralization as a possible next paradigm for common living of humans and non-humans, visible and invisible beings. 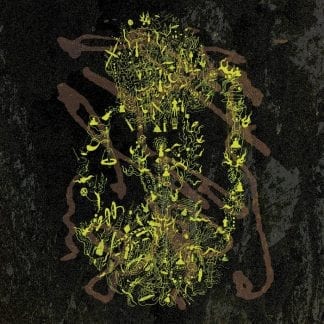 You're viewing: Senyawa / ALKISAH 10,00€
Add to cart
Manage Cookie Consent
To provide the best experiences, we use technologies like cookies to store and/or access device information. Consenting to these technologies will allow us to process data such as browsing behavior or unique IDs on this site. Not consenting or withdrawing consent, may adversely affect certain features and functions.
Manage options Manage services Manage vendors Read more about these purposes
View preferences
{title} {title} {title}