Daydream Nation was Sonic Youth’s sixth full-length, their first double-LP, and their last for an indie label before signing with Geffen. Widely considered to be their watershed moment, the album catapulted them into the mainstream and proved that indie bands could enjoy wide commercial success without compromising their artistic vision. More recently, Daydream Nation has been recognized as a classic of its time: Pitchfork ranked it #1 on their “100 Greatest Albums of the 1980s”; It was one of 50 recordings chosen by the Library of Congress to be added to the National Recording Registry in 2006. 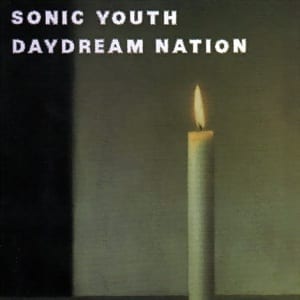