This book is dedicated to the dogs who were crucial to the success of the early Soviet space programme. All of them formerly homeless on the Moscow streets, they fitted the necessary profile: small, robust, placid and able to withstand the punishing preparations for space flight. They were also photogenic.

On 3 November 1957, Laika was the first Earth-born creature into outer space, giving her instant global fame. Her death a few hours after launching was used to transform her into a symbol of patriotic sacrifice. Subsequent canine space travellers, Belka and Strelka, were the first to return alive, and were immediately featured in children’s books and cartoons. Images of the Space Dogs proliferated, reproduced on everyday goods across the Soviet Union: cigarette packets, sweet-tins, badges, stamps and postcards. This book uses these ephemeral items to illustrate the poignant tale of how the unassuming Soviet Space Dogs became legends. Text by Olesya Turkina, Senior Research Fellow at the State Russian Museum, St. Petersburg. 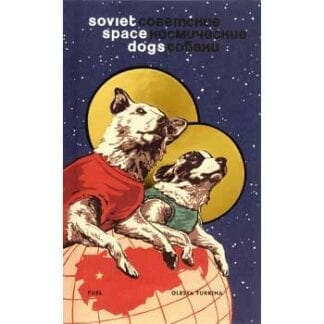