Squadra Omega is an Italian-cosmic-psych-impro collective that
has been active since 2009. In the past 10 years the ever-changing
Squadra-lineup line has explored a multitude of sonic territories —
their “Music for the Third Eye” has its roots in acid psychedelic
rock but over the years the Squadra-sound has been enhanced
and enriched by elements of free jazz, avant-garde, Kraut, Rock in
Opposition, and ethno-tribal rhythms.
All these diverging elements are seamlessly merged and blended
into the work of a collective that moves, shifts, morphs and
expands depending on the urgency of the moment.
Squadra Omega revolves around a core of two members;
OmegaMatt and OmegaG8.
In the band’s extensive discography we find compositional
freedom, improvised jam-sessions, and myriads of references,
all of which oscilate between different palnes of space and time.
Squadra Omega are now back with a FULLY ELECTRONIC double
album called ANTITERRA: 75 minutes on 5 tracks, as always
improvisation-based and then carefully edited and mixed at
Outside Inside Studio. In ANTITERRA OmegaMatt and OmegaG8
are joined by their longtime collaborator and friend VonTesla
(formerly known as Omega Invisible). In its current manifestation,
the Omega universe continues to expand, absorbing Fourth World
elements, Ambient Hauntological feelings, Kosmische music,
minimalistic Drone-based repetitions, and poly-rhythmical
asymmetries. 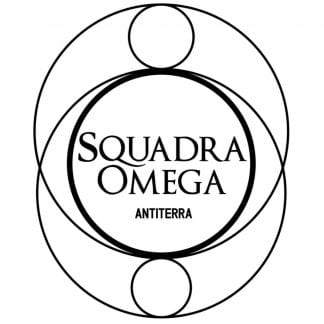