Send Flowers’ is State Champion’s most fully realized Beard Rock expression to date. The surrealist underpinning of Ryan’s lyrics are heavier than ever, but that is balanced by the band’s most epiphanically tasty licking. The pieces fit together with such easy organic grace, it’s tempting to suspect they’re simple. But the closer you listen to the parts the more complex they appear.

This begins with Ryan’s words, which are sung so gracefully you have to concentrate to pick up on the timeless phrases he invents here, but when you pay attention they jump up and just about bite you. The same thing goes for the instrumentation, which initially passes as a mere recreation of lost Topanga threads. but surpasses those bounds with the something approaching the same assurance as the David Lindley-led band on Terry Reid’s River LP (the transcendent Beard Rock masterpiece).

‘Send Flowers’ will almost surely be misapprehended by lazy farmers and the cows who follow them. It may also be anathema to folks who primarily head-link it to Tropical Trash, but for anyone who digs the new generation of singer/songwriters out there, from Wooden Wand to Ned Collette to the legacy of the Silver Jews. 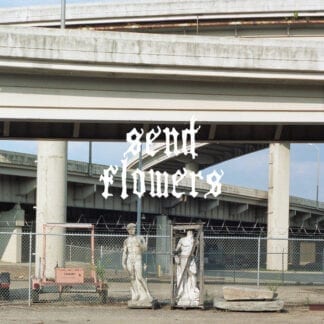