Borders can be mental, existing only in our heads, and yet feel as powerful as though they were made of barbed wire and guarded with guns. And then there are the borders that are very much physical, which can have quite visceral emotional ramifications. The furious, Italian, hardcore act STORM{O} is back in 2019 with the new album Finis Terrae out on October 4th via Moment Of Collapse records.

If the previous record Ere was an all-out cross section of everyday life presented with audacious, pained rage, Finis Terrae takes on the nonsensical reality of our society. “We’re constantly looking for borders, creating boundaries where there are none. Just as the ancients established the finis terrae, or the end of the known world where there was nothing left for them to conquer, so do we exclude the existence of what we cannot understand, control or dominate,” explains singer Luca Rocco. “Instead of building walls against the unknown, this album works to push ourselves through collapsing borders; there’s no end of the world, just as there does not exist an individual ‘self’ detached from the environment and all other living beings. We can choose to be the end of the world or to push ourselves through the unknown.”

In a world where hope is vanishing, for STORM{O}, writing this record was almost a necessity, a required act. “In this album, you can see a growing urgency of expression, and Finis Terrae is more direct then Ere. It was written and recorded in less than a year between long tours and periods on the road, and the clear necessity of saying something surfaces throughout the whole album.”

Working with Soft Moon’s producer and sound engineer Maurizio Baggio at La Distilleria in Bassano del Grappa (Italy) helped the band find a more cohesive and mature sound. “After the release of Ere, we played over a hundred of shows,” bassist Federico Trimeri says. “The live experience has always been our distinguishing mark that defines us as a band. During the recording sessions we tried to recreate the same sound of our shows.”

They play a unique mixture of pulverizing hardcore guided by fast, aggressive drumming. Wailing vocals in Italian are intertwined with anxious spoken words, angry shouts and desperate screams. The furious song structures lead to brilliant set breaks that mark the only spots to gasp for breath. The guitars act within the frame of dynamic songwriting that leaves space for a couple of uplifting moments, while the bass adds a discreet noise-rock edge.

The first single, “Tempi Morti,” perfectly represents the band’s sound. “This is the first song we wrote and it can be seen as a starting point to the album. It speaks about a static daily routine filled with meaningless and unfair relationships. From there, we start looking at the boundaries we have drawn around us, recognizing them in the structure of the house we live in, the country we crossed and the cities we walk through.”

Over 12 songs that combine the fury and speed of old-school hardcore with the gloomiest melodies of post-hardcore, STORM{O} delivers another album that is a testament to the underground music scene.

Be the first to review “STORM{O} – Finis Terrae” Cancel reply 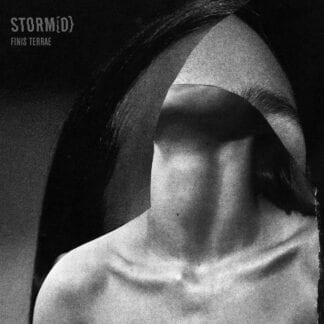