While firmly planted in roots reggae, Silver Bullets’ dense harmonies and relaxed vibe harken back to rocksteady. The album marks an interesting point in Jamaican music where the past and the future are visible in the grooves of a single LP — from classic rocksteady-tinged love songs like ‘That’s When It Hurts’ and ‘Rock Me In Your Soul’ to the Rasta anthem ‘Rejoice Jah Jah Children. 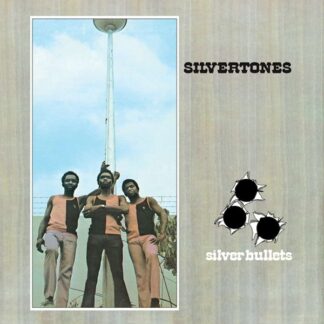 You're viewing: The Silvertones / SILVER BULLETS 27,00€
Add to cart
Manage Cookie Consent
To provide the best experiences, we use technologies like cookies to store and/or access device information. Consenting to these technologies will allow us to process data such as browsing behavior or unique IDs on this site. Not consenting or withdrawing consent, may adversely affect certain features and functions.
Manage options Manage services Manage vendors Read more about these purposes
View preferences
{title} {title} {title}