The Smile / A LIGHT FOR ATTRACTING ATTENTION

Debut album from The Smile – comprising Thom Yorke and Jonny Greenwood from Radiohead, with Tom Skinner from Sons of Kemet. Comes with artwork by Stanley Donwood and Thom Yorke.

The band, comprising Radiohead’s Thom Yorke and Jonny Greenwood and Sons of Kemet’s Tom Skinner, have previously released the singles You Will Never Work In Television Again, The Smoke and Skrting On The Surface to critical acclaim. The Smile’s most recent single Pana-vision appeared in the finale of Peaky Blinders. 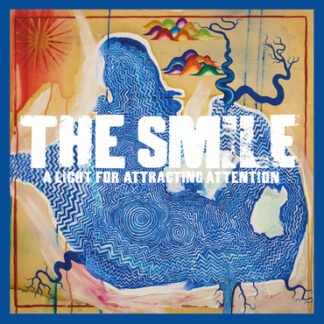 You're viewing: The Smile / A LIGHT FOR ATTRACTING ATTENTION 35,00€
Select options
Manage Cookie Consent
To provide the best experiences, we use technologies like cookies to store and/or access device information. Consenting to these technologies will allow us to process data such as browsing behavior or unique IDs on this site. Not consenting or withdrawing consent, may adversely affect certain features and functions.
Manage options Manage services Manage vendors Read more about these purposes
View preferences
{title} {title} {title}