In the early 1980’s Hessel Veldman and Herman te Loo assembled at Hessel’s apartment, which served both as a living room and as a home studio, every Thursday night. After the necessary social exchange over coffee, the guys started improvising, sometimes with a small preconceived musical cell or idea to work from.

With a skeleton crew of just two (give or take the occasional overdub) the music that came
out was usually simple in its form, sometimes stark, but always adventurous in its scope. And most of all: they approached the music with a sense of wonderment.
Hessel had a great preference for repetitive patterns, executed on guitar, bass guitar or the synths of the era: a Korg MS 20 and a Roland Juno. Herman provided melodic lines with his soprano sax and occasional vocals and lyrics. A Drumatix drum machine provided the rhythms. Given these premises the duo sometimes sounded like Tuxedomoon or Wire, bands they both admired. But they never had the intention to imitate or copy anyone. Hence the occasional outing on a corny sounding ancient electronic organ (Philicorda) with pre-programmed analog rhythm box (EKO). It provided the necessary humour in the sometimes gloomy 80’s period sound.

They recorded everything, and Hessel would work on the result during the week that followed. The twosome would then discuss the mix prior to a new Thursday session.
After a while there was enough material to compile a tape for Hessel’s independent Exart cassette label. It became one the volumes of a trilogy, entitled Y Create, the Y referring to Ymuiden, Herman and Hessel’s home town. In contrast to the other volumes of the series, the grey and green tape, the blue cassette (which is the one remixed and reissued on vinyl here) contained relatively short pieces – songs almost.
The rest of the series delved more into long, hypnotic soundscapes, which later became an important ingredient for the music of Gorgonzola Legs, the band which Hessel and Herman started in 1984 with drummer/electronics wizard Gert Jan Prins
and guitarist Jos van Duijne. 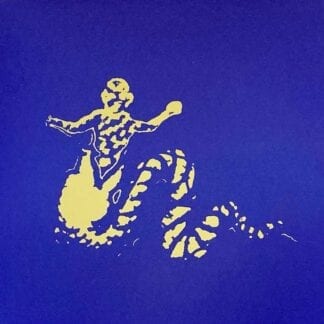