There is a way a voice can cut through the fascia of reality, cleaving through habit into the raw nerve of experience. Nika Roza Danilova, the singer, songwriter, and producer who since 2009 has released music as Zola Jesus, wields a voice that does that. When you hear it, it is like you are being summoned — not to somewhere new, but to a place that’s already wrapped inside you, somewhere previously obscured from conscious experience. This place has been buried because it tends to hold pain, but it’s also a gift, because once it’s opened, once you’re inside of it, it can show you the truth.
Zola Jesus’s new album, Arkhon, finds new ways of losing that submerged, stalled pain. Not long after she had started writing the songs that would comprise the record, Danilova found herself stuck in a creative barrens, a spell of writer’s block more stifling than any she’d experienced before. “It got to the point where I couldn’t even listen to music. Everything sounded the same,” she says. 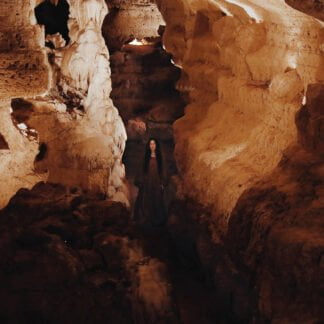 You're viewing: Zola Jesus / ARKHON 28,00€ – 30,00€
Select options
Manage Cookie Consent
To provide the best experiences, we use technologies like cookies to store and/or access device information. Consenting to these technologies will allow us to process data such as browsing behavior or unique IDs on this site. Not consenting or withdrawing consent, may adversely affect certain features and functions.
Manage options Manage services Manage vendors Read more about these purposes
View preferences
{title} {title} {title}